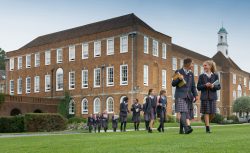 Any parent considering a boarding school for their child at 11+ or 13+ entry is certain to discover that changes to the main curriculum options at ages 14–16 (Years 10 and 11) – GCSEs and IGCSEs – will become relevant for their son or daughter in the coming years.

This is an exciting stage of education because it is when most pupils have their first opportunity to begin selecting some subject options and determining their own academic programme. As it also leads to formal qualifications in the shape of (I)GCSEs, an understanding of what schools offer currently and how that is likely to be affected by recent changes to the curricular landscape is useful.

International GCSEs (IGCSEs) are long-established qualifications, originally developed as equivalent to GCSEs for international schools. Their structure has remained essentially ‘linear’, which means assessment takes place by examination at the end of the two-year course. By contrast, before 2015 GCSEs had evolved differently and become more ‘modular’, with courses subdivided into relatively discrete units. This ‘modularisation’ was matched by more piecemeal assessment, with opportunities to complete coursework (or ‘controlled assessment’) and take some examination papers throughout the course. Recent reforms to GCSEs in England have reversed that trend by introducing new, linear GCSE courses graded on a numerical 9–1 scale, while those in Wales and Northern Ireland retain the A* to G grading system.

Over the past decade independent boarding schools, and independent schools generally, have helped drive a proliferation of IGCSEs within the UK. In 2017 IGCSEs reached a peak at over 48 per cent of examinations taken by Year 11 pupils in independent schools, a percentage that had more than quadrupled since 2010, when IGCSEs made up only 11 per cent of entries. This figure has declined slightly alongside the introduction of the new 9–1 GCSEs but remained buoyant at 45 per cent in 2019. Over many years independent schools perceived a number of advantages in IGCSEs:

More than 84 per cent of leading independent schools now offer a mixture of GCSEs and IGCSEs. This is the approach we have adopted at St Swithun’s, where each subject department has autonomy to select the course offering the most appropriate blend of academic rigour, accessibility and progression to further study at A level. Some schools prefer either GCSEs or IGCSEs exclusively. Both qualifications are respected, valued and understood by universities and employers.

There are advantages to a mixed economy of GCSEs and IGCSEs. In the examination period, IGCSE papers tend to both begin and end a couple of weeks earlier than GCSEs. So in a demanding time for Year 11 pupils, those studying for a mixture of the two can find that their examinations are spread over a slightly longer time period, which can help in managing final revision and preparation. There are positives for schools as well. The surge in popularity of IGCSEs over the last decade, recent reforms to GCSEs and corresponding revisions to IGCSEs mean that for most subjects schools are increasingly able to choose from several up-to-date linear specifications.

The introduction of linear GCSEs, with the stated aim of making them more rigorous, has sparked renewed interest in the choice between IGCSEs and GCSEs and comparability of the qualifications. The first of these new examinations were taken in summer 2017 in English language, English literature and mathematics, and all subjects were reformed by summer 2019. In practice, the new GCSEs have taken on many characteristic features of IGCSEs. Assessment is linear, with exams at the end of the two-year course, and other forms of assessment, including controlled assessment, have been removed or significantly reduced.

These changes are already being reflected in IGCSEs. They have been adjusted to reflect additional content in the new GCSEs, and most domestic IGCSEs have adopted the new 9–1 grading system. There would appear to be a convergence taking place. A series of studies published in 2019 has shown that the two qualifications are broadly comparable, although individual examination boards continue to refine IGCSE grading on a subject-by-subject basis in order to align the assessment as closely as possible to that of GCSEs, an effort supported by independent schools and their membership associations.

Advice for parents and pupils

Parents and pupils should feel able to ask informed questions about the (I)GCSE courses offered by a school, and the school should be able to explain how it has responded to curricular changes and the rationale for the combination of courses it offers. More specific questions can be posed, often on a subject level, about how each course helps to meet the needs and interests of pupils at that school.

Just as it is important to be aware of past trends and recent reforms, in making subject choices pupils are always best advised to play to their own strengths and select the subjects they find most interesting and enjoyable. The finer details of structure of any (I)GCSE course should not be a deciding factor because after all the qualification itself only lends a structure, albeit an important one, for pupils’ learning at this level. 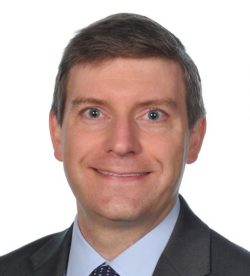 Charlie Hammel has been Deputy Head Academic at St Swithun’s School, Winchester, since September 2014. He was previously Head of History at King Edward VI High School for Girls, Birmingham. Before that he was Head of Scholars at Warwick School, where he taught History, Politics and Latin. He read History and Medieval Studies at Princeton University and completed a postgraduate Master’s in Mediaeval History at the University of St Andrews before embarking on a teaching career in independent schools